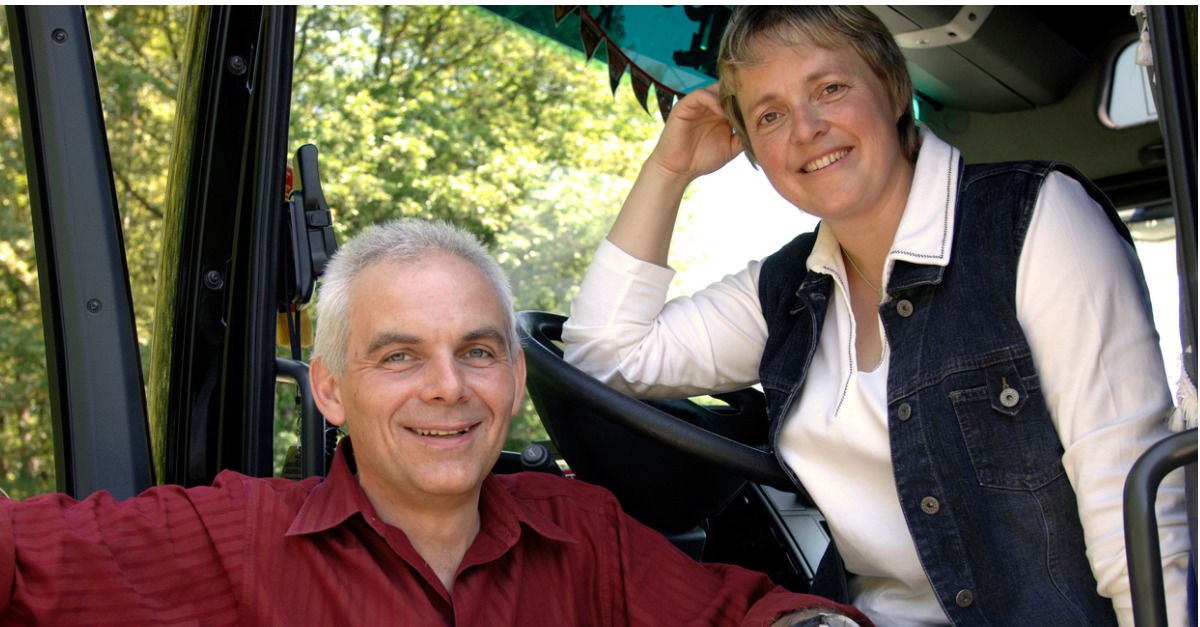 Team truck driving is when two people take turns driving a semi truck on a long haul. While one person drives, the other sleeps or rides in the passenger seat. This keeps the truck moving for more hours in a day than a solo driver could. You still have to obey all the Hours of Service regulations that the FMCSA has in place. But with team driving, you can spend those ten hours that you spend in the sleeper berth while the truck is still heading towards its destination.

Team driving is great for couples who both have CDLs and don’t want to spend weeks or months away from each other. But if your spouse doesn’t want to join you, you can always choose a friend or another family member to drive with.

Is it a good idea to drive a truck with a partner or spouse?

Every relationship is different, and you’ll have to decide for yourself if driving with someone else is good or bad for you. If maintaining a solid relationship while one person is away from home for weeks at a time is proving too difficult, it may be a good idea to consider driving as a team with your spouse or partner. On the other hand, if you’re used to a certain amount of independence and freedom while your spouse is on the road, driving together 24/7 for months on end can exacerbate any already-existing relationship woes.

If you’re thinking about teaming up with your partner to drive OTR, it’s a good idea to write down any concerns you have along with any potential benefits you see before taking the plunge. Maybe even plan out a week’s route with your spouse as a way to feel out what it would be like to share the driving responsibilities as well as meals, breaks, etc.

What are the benefits of being in a team?

Driving with another person means that you won’t be spending long swaths of time alone. You’ll have someone to talk to and spend downtime with.

Team drivers can potentially make more money because their loads are delivered faster. They’re able to clock more miles per day since the truck is basically always moving.

Drive with Someone You Love

As a team driver, you can choose to drive with your spouse, friend, or family member if you both have CDLs. This can reduce the strain on your relationship of one person being away for long periods of time.

Since team loads are delivered faster, you’ll see more priority loads than solo drivers. Priority loads are ones that need to get to their destination fast. With two drivers, the transit time is significantly lower, and the pay is higher.

Since you won’t be alone when at truck stops or rest stops, it’s less likely that you’ll feel unsafe or have an unsettling encounter. This can be especially important for women drivers who are worried about personal safety while away from home.

What are the drawbacks of team driving?

Loneliness is a big concern for many drivers, but with team driving, you’re never alone. And that can have its own set of challenges. Even if you like or love the person you’re driving with, it can be too much togetherness for some people.

If you’re the type of person who hates compromise and has to be in control of everything, team driving may not be for you. You’ll have to plan breaks, meals, and routes with your teammate, and you will have to compromise occasionally.

Since the truck is always moving, you may find yourself trying to sleep during daylight hours. And depending on your schedule, you may not have a consistent bedtime. This can be a difficult adjustment for many people. Do yourself a favor and invest in a good eye pillow or sleep mask if you’re going to be sleeping while the truck is moving.

With over 100,000 CDL jobs available annually, TransForce Group is the #1 choice for drivers. Create your profile now to start receiving alerts for jobs that match your personal and professional goals.

Stay in the know

Sign up now to receive notifications about jobs that match your personal and professional goals.